When it comes to conversion optimization, marketers are more than familiar with testing various colors, headlines, and buttons to see how they affect customer turnover. But what about something as seemingly insignificant as choosing a typeface? You may think you’re in the clear as long as you’re avoiding Comic Sans, but typography matters more than you know.

When closely considered, a certain font can infuse your content with style and personality and create deep connections, tapping into the emotions of a highly engaged audience. It’s been proven that typeface affects a reader’s decisions and perception of the content at hand. Real data shows that certain typefaces are more legible at certain sizes than others. 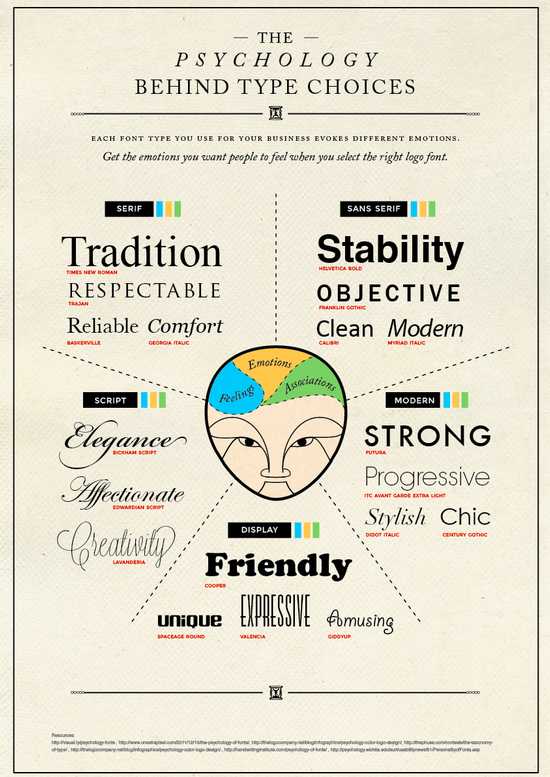 The work’s been done. The facts are in. Are you making use of them?

A couple of years ago, filmmaker Errol Morris ran a quiz in the New York Times called “Are You an Optimist or a Pessimist?” Readers were faced with what seemed to be a reading comprehension test, when in reality the question was testing whether a typeface could influence how an audience perceived a given piece of content. 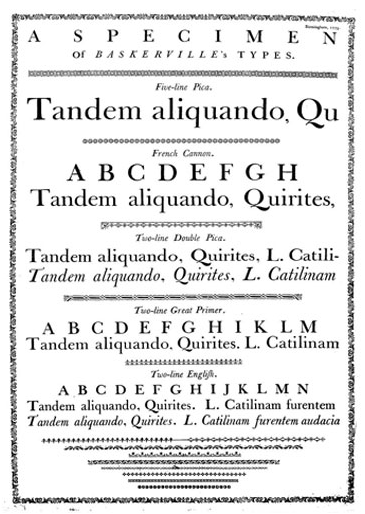 Users were presented with one of six different typefaces at random and results were clear-cut: Baskerville came out on top in terms of user agreement and perceived reliability, while Comic Sans naturally trailed behind at the bottom.

Such results, in an uncontrolled environment with a reported 45,000 respondents, were nothing short of astounding. The fact that Baskerville came out on top, even with just a 1.5% lead, was impressive. Errol quoted Cornell psychology professor David Dunning as saying, “That advantage may seem small, but if that was a bump up in sales figures, many online companies would kill for it.”

Does your website’s typeface reflect the personality of your brand? Will it work to engage your target audience? Try running a few A/B tests – a jump in sales could just come down to choosing a new font or typeface.

Make sure your typeface is expressive, but don’t sacrifice usefulness and practicality in the face of style. Typography should complement your text, not overpower it. Making your content easy and enjoyable to read is the main goal. A site that’s difficult to read feels sloppy and unprofessional, while well thought out typography guides your readers, telling the eye what to look out for. 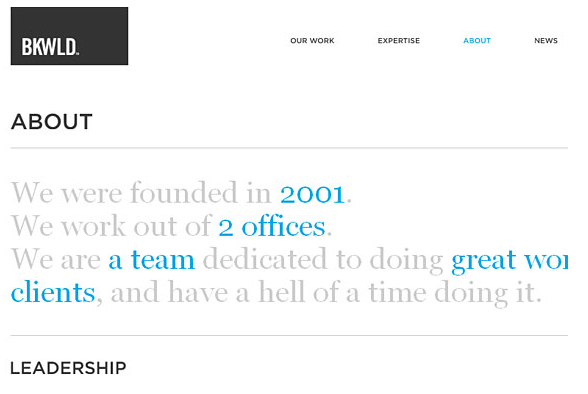 Readability depends on factors like line height, letter spacing, color and text size. Thanks to various studies within the field, a lot of the guesswork has been eliminated. For instance, Usability News tested how 60 participants responded to 8 online typefaces at 10, 12 and 14-point sizes and found that Tahoma was most legible at 10 point size, Courier at 12 and Arial at 14. 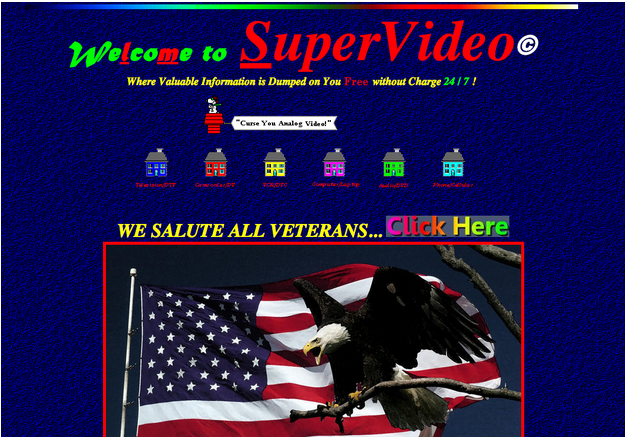 If you pose any barrier between your audience and their ability to decipher the words on their screen – whether it be because the letters are too close together, the typeface is too small or you’ve got red copy on a green background (just say no) – you can be sure that your audience will be clicking over to your competition in the blink of an eye.

Take another glimpse at your site – is everything as clear as it can be? Is reading your site a pleasure, or a pain?

If you know a thing or two about fonts, you may be aware that they fall into one of two categories – serif and sans serif. Serifs are the slight projections that we see coming off the ends of letters in certain typefaces. General consensus says that sans serif typefaces are better for body text due to their simplicity, but consider the earlier example of Baskerville and the perception of reliability it gave to readers. 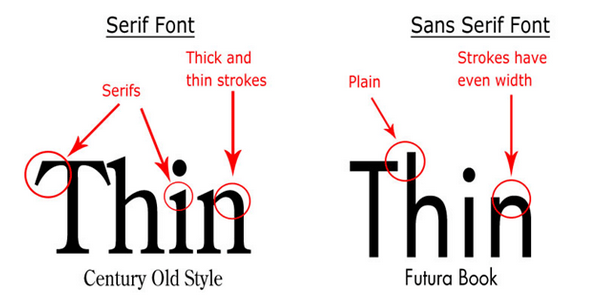 Although there’s no concrete evidence showing that one is necessarily better than the other, a survey led by Smashing Magazine found that contrasting a serif body with a sans serif headline or vice versa can improve overall appeal and readability.

Clearly, the issue is a bit subjective, and web designers have realized that both can work well, when applied appropriately.

When in doubt, use both! Pairing a serif and a sans serif font together can work beautifully. It’s not an exact science, but when it comes to typefaces, opposites attract. Typefaces that are too similar to each other end up competing for attention in your reader’s eyes. The Boston Globe, for example, draws on a sense of classic trustworthiness with a traditional Old English typeface for its logo, while creating a clean and modern look for the rest of its site. 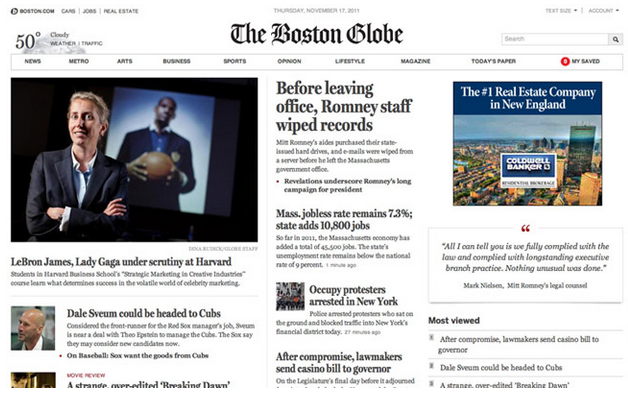 Don’t go overboard; limit yourself to two or three options and play around. Correspond and contrast. Assign distinct roles, with more elaborate fonts in your logo or header and minimal, clearly decipherable fonts for your body text. Experiment with weight and color, and whatever you do, don’t mix moods. 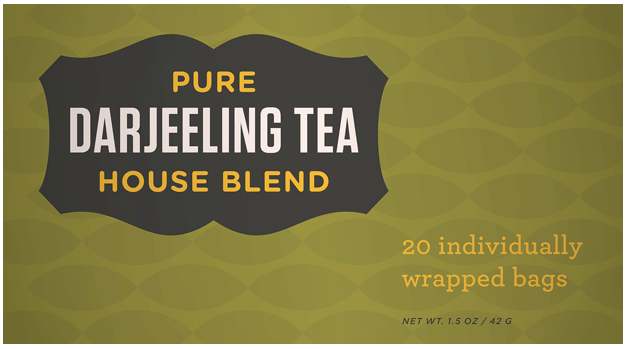 Typography is one of the main tools for directing the eye of your reader. It can help determine whether or not your content gets read and makes it easier for your user to understand the information you’re presenting. Ankit Oberoi of AdPushup confirms: “When done right, it can trigger the right emotion, mood and even action required to get a user to convert.”

If content is king, then typography is its crown, throne and scepter. Without the king, they’re just pretty things. Together, they form the whole package. Typography helps control your company’s messaging, user experience and branding, and if those are some things that are important to you, then typography should be as well.