Spotify Creative Director Rich Frankel kicked off his presentation at the #ThinkContent 2014 summit, “Set Your Brand To A Beat: Storytelling Through Music,” by laying out the company’s evolution from its start to present day. Founded in 2006 by two Swedes, the company quickly started to snowball. Two years later, cross-European expansion was underway and ads debuted on the platform. In 2009, they had one million registered users and by 2011 a million paying subscribers. That year also saw Spotify’s USA launch, along with Facebook integration – and numbers have been on a steady rise every since. 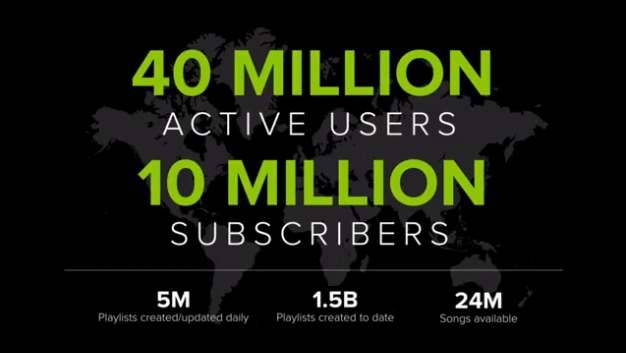 Today Spotify is live in 57 countries, has 40 million active users and 10 million subscribers worldwide, along with 1.5 billion playlists – many user-created. “It’s hard to find people who don’t like music,” quipped Frankel as he began.

Human beings are hardwired to have an emotional response to music. Science says that hearing music releases dopamine, actually altering our bodies on a chemical level and making us feel great. Research shows that on-brand music even helps keep customers in stores for longer periods of time.

That’s where it gets interesting. From a musical marketing perspective, the most vital part of the brain is the prefrontal cortex, which is all “about music recall and intent.” Studies have revealed that, “Brands with music that fit their identity are 96% more likely to be recalled than those with non-fit music or no music at all,” said Frankel. “Respondents were 24% more likely to buy a product with music that they recall, like and understand.” 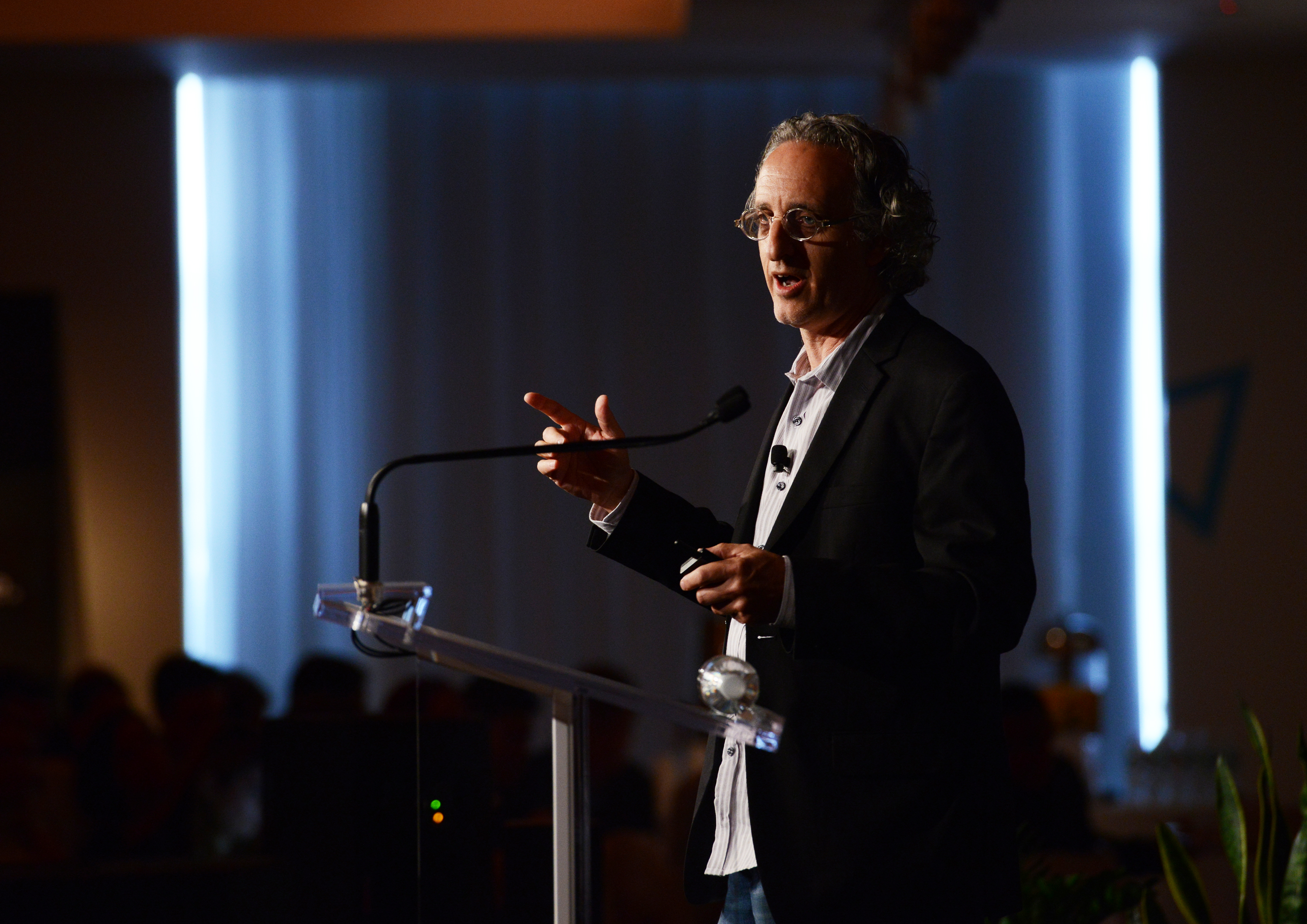 If that’s not compelling enough, how about this: Frankel asserts that, “We’ve got a built-in addiction to Spotify’s content.” And that’s not hyperbole:

“Our average user spends 147 minutes a day on Spotify a big engagement that’s growing and growing. A year ago, that number was 120. The degree to which our audience is engaged and leaning forward is really amazing.”

It is – and the possibilities for brand partnerships and integration are endless. “It’s an incredible way to take editorial content and amplify it,” Frankel says. “We’ve built a really cool widget called the Spotify Play Button which allows any editor or author who is writing a piece of editorial content to include a playlist of songs that are married to that content.” And that’s just the beginning.

Simply put, “music amplifies experience,” whatever that experience may be. Frankel calls music “highly prized fuel” when it comes to social networking, and the company has found that “millennials think that a piece of music does a better job of creating an expression for them than something they would write on their own.”

They use music to drive milestones in their lives – breakups, marriages, anniversaries, funerals – “there are hundreds of thousands of playlists built for these purposes,” and they’re all hyperconnected. Frankel says that 74% of millennials have chosen to link their Facebook accounts with Spotify and 38% choose to publish every song they listen to on the platform. All in all, that’s about 90 million songs that are getting shared on Facebook every single day.

If you’ve got data on the brain, you’re right to. Spotify has a gigantic audience, and they have the means to get to know a hell of a lot about it. “We’re sitting on all this user data,” Frankel says. “We know what users do with every song, whether they listen to it, skip it, share it, playlist it.”

Naturally, there’s a ton of potential there – the kind of potential that helps break out new stars like Macklemore and Ryan Lewis, whose sudden fame was largely due to what started with Spotify’s data mining. “We cut the data by genre, location and demographics,” says Frankel. Keeping an eye out for stand-out patterns and anomalies, the team soon spotted certain artists coming up again and again across disparate groups, leading them to create a series of competitions that led to the rising fame of more than one now well-known acts.

The fact that Spotify went ahead and acquired music intelligence experts Echo Nest earlier this year only means that the when it comes to data, this is only the beginning. Soon we’ll be seeing things like built out taste profiles and the start of understanding what people listen to and, more importantly, why. “No one is one flavor… when we can figure out what clusters of music people listen to, then eventually we’ll figure out what that means about consumer lifestyles.”

Sounds like things are about to get a lot more interesting, and that certainly has a nice ring to it.