The inimitable Pam Grossman, Director of Visual Trends at Getty Images, recently delivered a fascinating talk called Wonderlust: Tapping Into the Boundless Beauty of Nature, in which she discussed the growing trend of travel, nature, and the world beyond in today’s most popular imagery. Drawing on her art history background and years of experience in thought leadership and the business of images, Grossman and her team of art directors, content editors, and contributors study the visual landscape at large in order to interpret current and ongoing trends from a visual perspective. They look at search terms, keywords, and buying patterns to hone in on the kind of content they need to be creating, to in turn satisfy customers by providing the right images at the right time before they even know what they want or need. 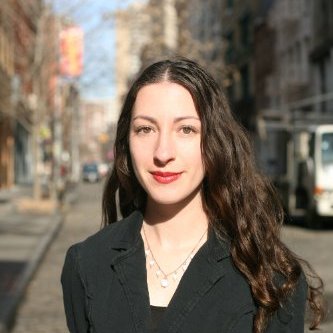 The Wonderlust trend is rooted in the travel industry, but also, according to Grossman, “speaks to the ways in which we’re living as human beings, the ways in which we’re exploring the world, and our rising sentiments about the planet that we live on.” She breaks down this concept with stunning examples from across media, commercials, and culture.

The journeyman archetype is as vital to human nature as it is reoccurring. Today, more than ever, we’re seeing the growing popularity of the the solo explorer story – and it’s not only about consuming experiences and having adventures, says Grossman. “This archetype is about going far away to find oneself. To use the experience of traveling and exploring the world to transform, metamorphasize, and really learn something about oneself, whether that’s becoming a better person or having some kind of spiritual experience.”

There’s been a recent surge in box office successes like Wild and ad campaigns that feature incredible landscapes in a starring role alongside characters looking for meaning through exploration. Adventure.com’s spot, seen above, delivers dreamlike, painterly stills – “each frame a work of art in itself” – while Apple highlights iPhone 6 camera capabilities by transforming the photographer into a “cataloguer of wonders.” 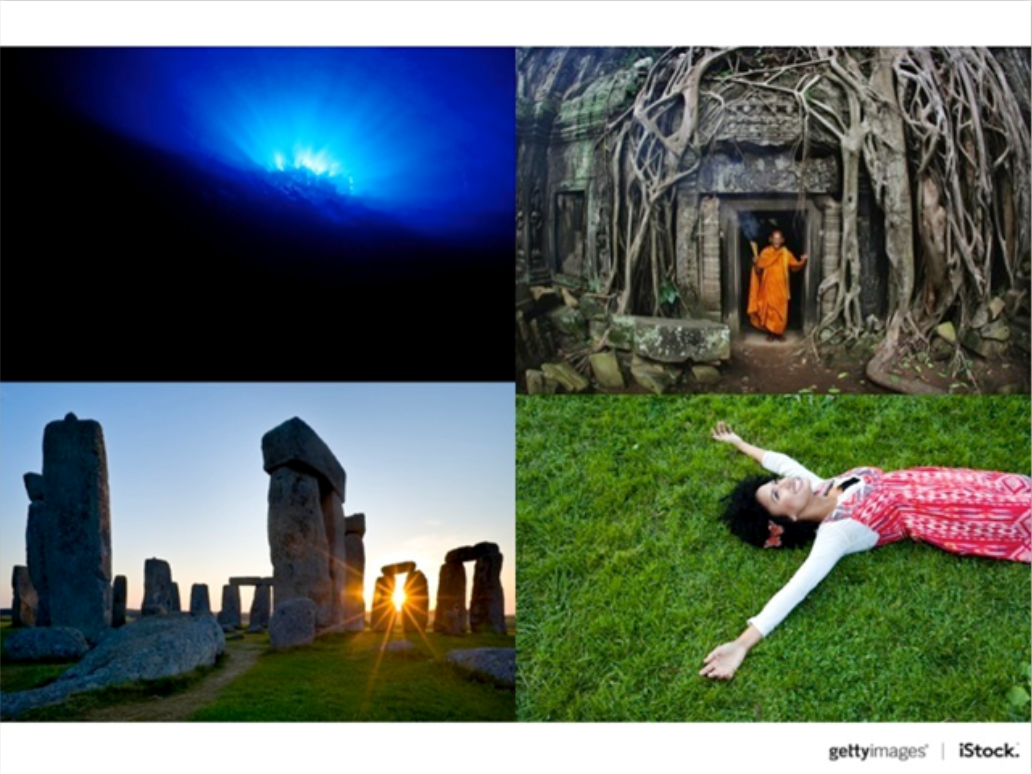 As such, Getty’s top performing images over the past year include sacred sites and temples, beatific landscapes, and the precious moments of being truly unplugged. With the travel industry set to grow to $4.7 million next year, and 660 million travel pins on Pinterest, there’s an unprecedented amount of potential in influencing travel planning as well as inspiration through powerful visuals. “Wonders, marvel, beauty, miraculousness” – these all top the list when it comes to this kind of imagery, and you don’t have to be a tour guide or travel brand to climb aboard. Nowadays, everyone’s selling adventure – just be sure you get the right picture.

The next mini-trend Grossman outlines focuses on the immensity that is planet Earth. She reminds us that surprise is a major element of wonder, and successful images have that in spades. Scale is key as well: “Landscapes are getting larger and more heroic, and the actual items that these brands are selling, or the models that they’re showing, are becoming smaller.” It’s not the person that’s important, it’s the person – or product – in nature. Sometimes it’s just nature on its own, plain and simple. 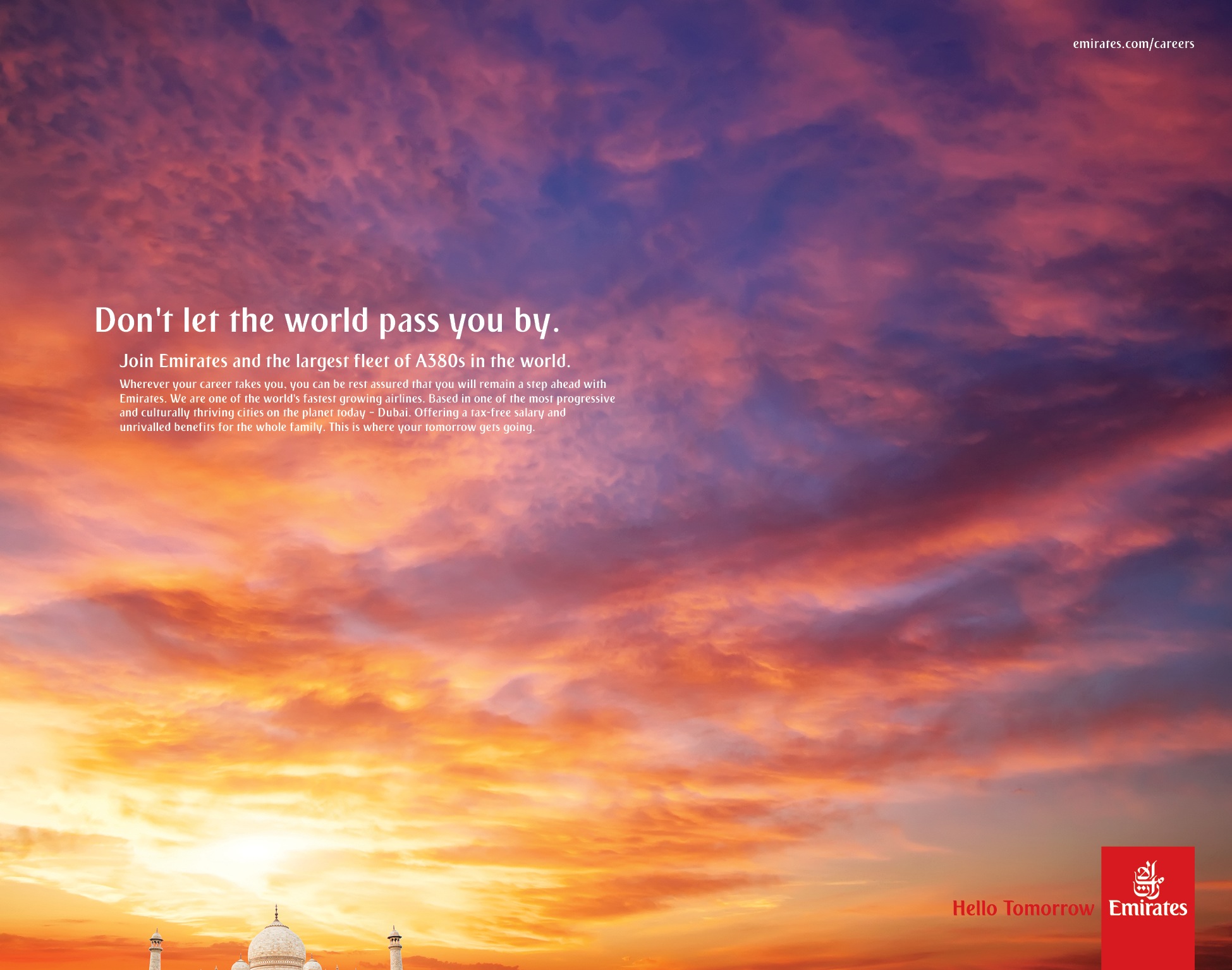 The trend transcends fields and industries – airline and auto to tech and retail – and goes beyond commercial photography into the art world as well. Grossman references a dance project that looks like it takes place on Mars and Bjork’s latest effort, a music video for “Black Lake” where she quite literally becomes one with the earth, walking through landscape that’s reflected in the material that covers her body.

Images showing Wonderlust visual trends are up 30% in the last three years, and that’s just the tip of the iceberg. The elements that make up these images – huge scale, dreamy mists, expansive skies and fields, golden hour rays of light – are:

“very design-friendly. As aspect ratios change and widen… and as websites become far more immersive, these images are absolutely perfectly oriented, they have great copy space, and are very graphically bold and strong.”

And it’s an aesthetic that became popular long ago. Grossman makes sure to point out the connection to the Romanticism movement of the early 19th century in which painters constructed dramatic landscapes “to tell stories about the human condition,” to explore emotion, and to use them metaphor for the psychological state of the human mind. Today’s most popular nature photography does the same.

The Sky’s The Limit

Much like the blank canvas and dripping paintbrush, new technology means no limits to the kind of images we can capture. Advancements among GoPros and drones like the Lily – which flies and films for 20 minutes at a time and costs just $499 – have been responsible for increased demand and desire for first-person views, angles, and high action shots. The Lily Camera commercial already has 9.3 million views on YouTube and is set to bring about a major shift in image-making, according to Grossman.

A fascination with space and the greater universe is also growing. On the same day that Kim Kardashian “broke the Internet” with her infamous derriere, Grossman notes, we managed to land a camera on a speeding meteor. Thankfully, it was the latter that received more clicks and views, showing that our interest with the world beyond our own is still stronger than any reality show or celebrity moment. Grossman also notes the success of movies like “Interstellar” and “Gravity,” which blew people and box offices away, as well as the rising fame of astrophysicist Neil deGrasse Tyson – the likes of which is unprecedented within our generation.

Space and scientific breakthroughs have the power to fuel imaginations, one of the reasons for the mounting attention placed on these fields. For Getty, this translates into popularity among images of the clear night sky, breathtaking Aurora Borealis, and the possibility of further discovery. Because it’s not just about what we know, but we don’t know as well, which is all the more mysterious and alluring. 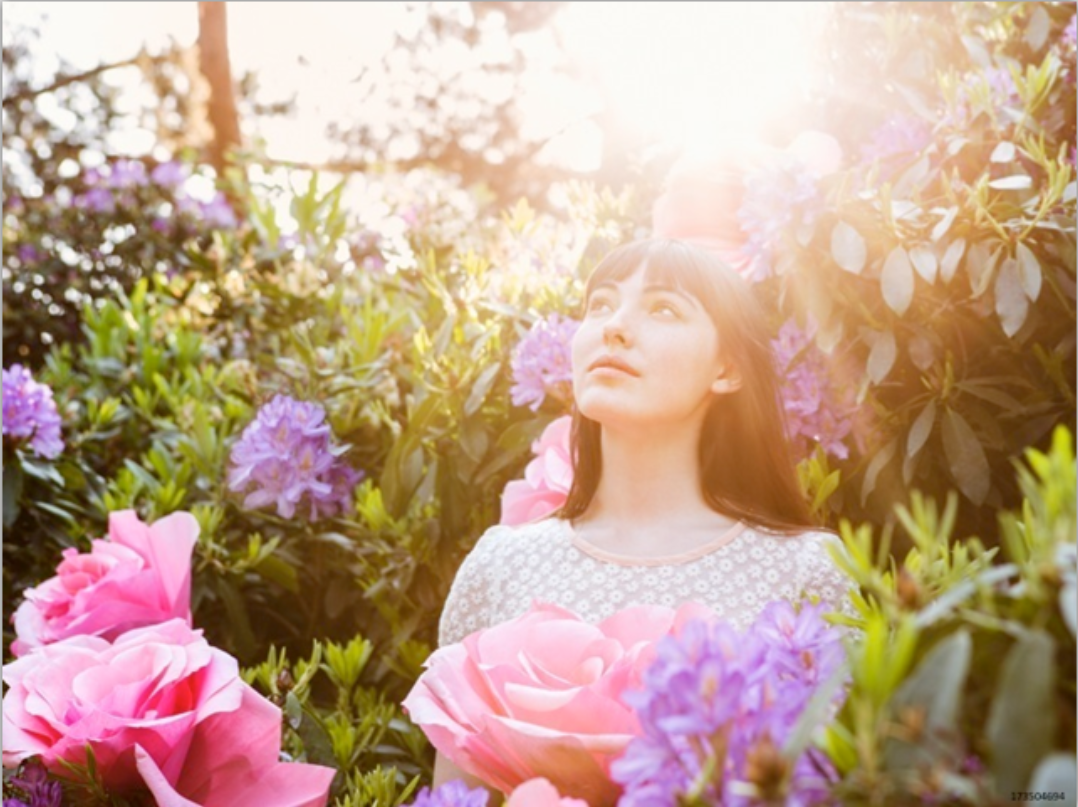 The final mini-trend that Grossman discusses deals with “the unique, the odd, the peculiar” – anything beyond the norm. It’s a natural craving, since the more we travel, see, and unearth, the greater our curiosities become for something new and different. Grossman brings up Atlas Obscura, which highlights abstract and bizarre off-the-off-the-beaten path findings from around the world, as well as special interest and alternative collections like Brooklyn’s new Morbid Anatomy Museum.

“The Cabinet of Curiosities aesthetic is even trickling down into interior decorating,” notes Grossman, alluding to the ever-growing homogenous look of many Williamsburg shops. This year also marks the 150th anniversary of Alice in Wonderland, which has spurred a slew of art, new editions, and exhibitions, along with a renewed appetite for wonder and wonderlands – and photography that illustrates this trend, whether it’s of soft garden florals with-larger-than life plants, faraway tribes and wildlife in Africa and Southeast Asia, or solo hiking in immense mountain ranges and National Parks.

Grossman rounds out her fascinating talk with tips brands can use when moving forward with creative projects and keeping Wonderlust in mind. She recommends creating images or campaigns that: