How Ford Keeps Up in the Content Fast Lane

by Dawn Papandrea and NewsCred

Ford is an automaker with a rich, 100+ year history, but its entry into the social media fast lane is only a few years in the making. Among auto companies, Ford was an early adopter, and the brand continues to expand its content marketing and social media strategy. Ford began its push to share company stories in 2010 and has since interacted with its consumers beyond the traditional automotive media channels, says Emmanuel Lubrani, ‎senior manager of consumer and social media for Ford of Europe.

Lubrani sat down with NewsCred to share how Ford has become one of the most prolific content marketing brands in the automotive space over the last six years. 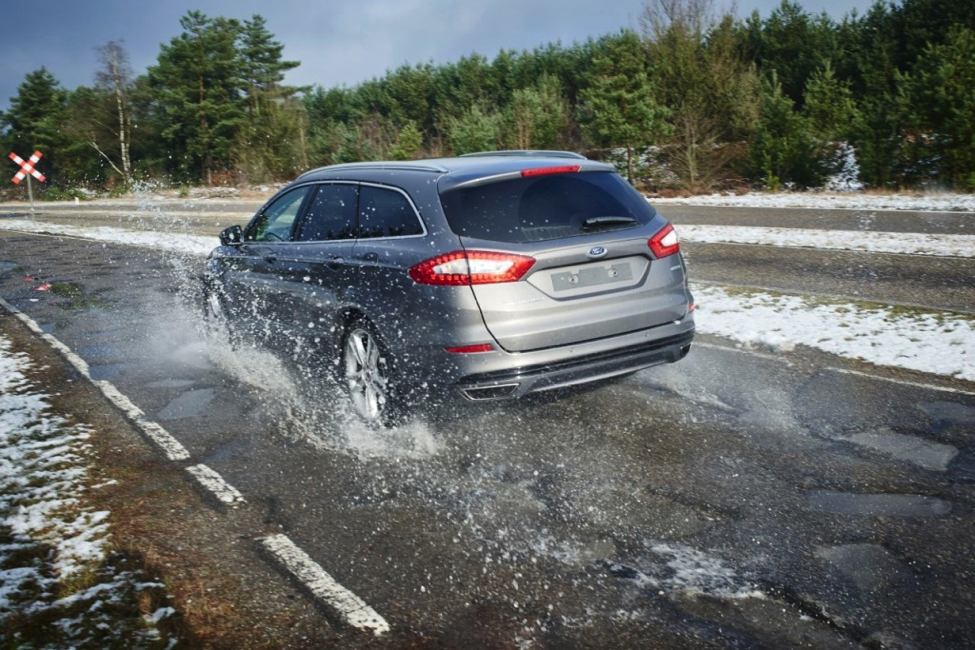 In 2010, Ford decided it was time to accelerate its efforts in Europe, so they started working with PR agencies to widen their reach to include non-auto traditional media and social media. “We teamed up with WPP to re-engineer our team inside Ford to be centered around four content pillars — quality, green, safe, and smart (technology),” says Lubrani. Rather than just focus on products, the Ford team realized it had stories to tell. Of note is that their content pillars grew out of their audience’s needs, rather than the brand’s own pain points.

Instead of creating just product videos, images, and descriptions, Ford transformed from a brand in which 100 percent of its content output focused on product lines and corporate communications to a full-fledged content factory. The in-house content operation creates visuals (photos, infographics, videos) and articles to power three different content outputs:

1. New product updates: This includes everything from traditional press releases to automotive media

3. Enterprise content: “These are the stories that would not be told if we didn’t find them in our company,” says Lubrani. While product and events news happens, enterprise content creation takes a more concerted effort. It’s identifying those hidden gems within your organization that will give people insight into what your brand is really all about

It’s the enterprise content – what Lubrani calls the “always on” storytelling – that is generating most of the buzz and excitement both internally and externally. A recent example was Ford’s global story about a universal issue – potholes. “There are regular stories in the newspapers about the cost of potholes, the damage they create to cars. It’s a universal problem that everyone can relate to. So we shared a look into one of our test facilities in Belgium, in which our engineers created a road that simulates the worst potholes in the world. This was used for testing our vehicles,” says Lubrani. What makes this great content marketing is that it’s an interesting story, but it doesn’t follow a news cycle, and it’s not tied to a product launch. “It’s just something we wanted to share because we knew there would be interest from the media and consumers, and we had something positive to say.” 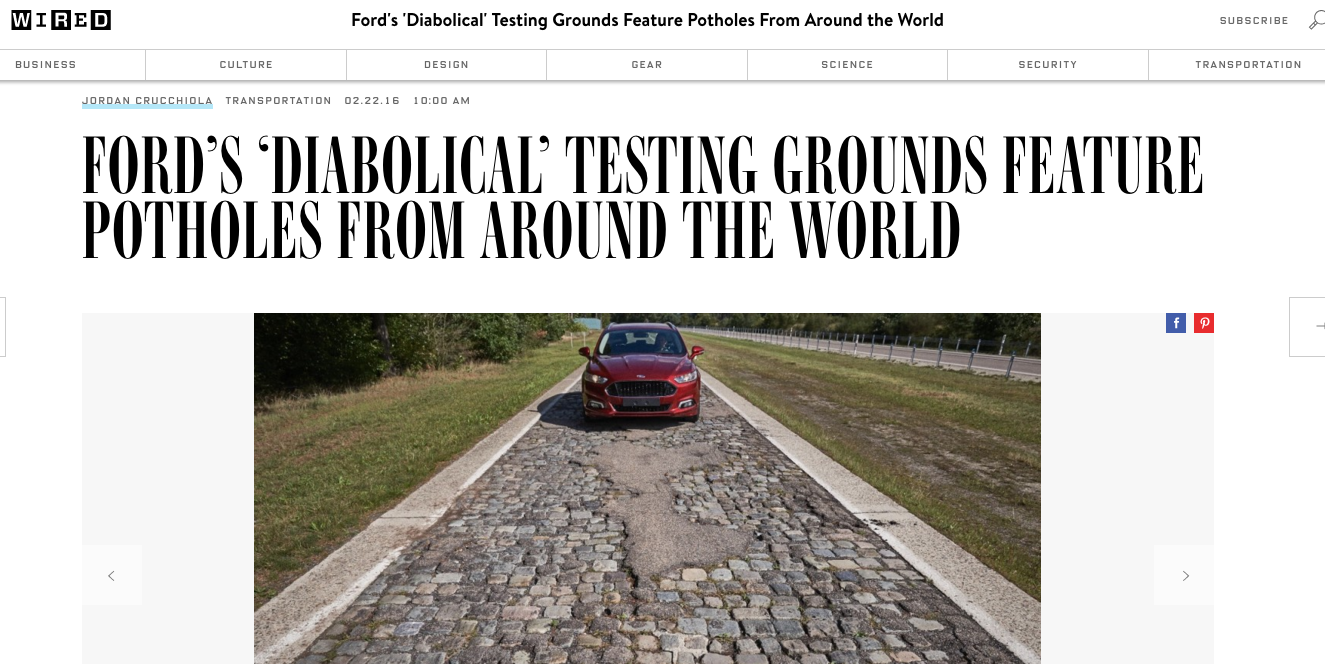 The story garnered a lot of traction and showed that Ford was committed to giving its drivers a smoother ride – a brand win-win!

One area that Ford is continually improving is its ability to measure its content efforts. “We have a media monitoring tool to see how many stories were generated from our effort. We also track the favorability of those stories and see what the share of voice is,” says Lubrani.

His team’s main objective is to measure the volume of media coverage that one package of content generates. “We now have a good benchmark since we’ve been doing it for five years.”

Taking turns behind the wheel

Marketing and PR are kept separate at Ford, but Lubrani says the teams work closely together with daily chats and weekly face-to-face meetings to make sure their goals are fully aligned. “Before the explosion of social channels, our worlds were separate. PR’s job was to talk to media and get coverage, or what’s called earned media, and marketing focused on paid media. Where our worlds come together is on the owned media channels,” he explains.

Along the way, Lubrani admits there were a few proverbial bumps in the road. “We had a couple of years where we didn’t know who was running what, but the roles and responsibilities are a lot clearer now,” he says. For starters, the teams work off of a common content calendar so that everyone knows what is coming up.

On projects where one team takes the lead, every effort is made to avoid confusion and inefficiencies. “That requires a lot of work. We have open communication 24/7, and it seems to be working fine,” says Lubrani.

Whether teams share resources or not, it’s important to be aligned and communicate with each other.

Ford does not shy away from experimentation with different platforms and distribution tactics. Right now, the company is analyzing the results of a Reddit campaign while they’re ramping up to promote a car sharing program in London using microtargeting on Facebook.

Lubrani says Ford is also seeing some success by disseminating content through Outbrain and Taboola in the top five European markets.

“It really depends on what the campaign objective is. For example, we look at which audience we want to reach and look at the platforms they engage most with. You have to try everything because there’s no one size fits all solution. It depends on the topic and the target audience,” says Lubrani.

While Ford does a great job at garnering outside placement for its content, they also maintain a regular spot to park their in-house content. What they’ve created is a vibrant portal of articles and social updates. In the US version, you can find content at social.ford.com. Ford also has a mirror platform in Europe in each of its big five markets.

Lubrani insists that Ford’s formula is really simple when you think about it. “We have a story to tell. We want to reach a specific audience. We look at the channels that allow us to get the audience. The beauty of it is we can be very precise.”

Tips for the road: