The Art and Science of Marketing: Lessons from ING, GE, and Spotify
Industry Leaders

The Art and Science of Marketing: Lessons from ING, GE, and Spotify

Back in 2012, there were two Leonardo da Vinci exhibits in London. One, held at the Royal Collection in Buckingham Palace, celebrated his great scientific mind. The other, at the National Gallery, paid homage to him as an artist.

The Guardian highlighted the debate: Was da Vinci a scientist or artist?

A look at da Vinci’s sketches reveals that he had a knack for combining aesthetics and engineering, art and science. He was a mathematician, engineer, inventor, and architect – and he was a painter, sculptor, musician, and writer.

When it comes to marketing, like the da Vinci debate, we tend to frame art and science as binaries. We often treat creativity (associated with ideas and stories) and science (associated with data and performance marketing) as separate and sometimes opposing forces. But I’d like to imagine that if da Vinci were alive today, he would openly scoff at the notion of picking sides and instead (maybe on a TED Talk stage) encourage us to adopt a more integrated view. After all, to succeed as a marketer today, you need to produce creative work that personally resonates with people – and be able to measure and optimize the results.

Did da Vinci miss his calling in life? Probably not. But he sure would’ve have made a great marketer. So in tribute to this great Renaissance mind, I’ve rounded up three brand examples that combine the art and science of content marketing and would have made da Vinci proud.

A recent, ambitious pairing of data and creativity came from an unlikely industry: banking. To show its commitment to innovation, ING embarked on a project to create a modern-day, computer-generated Rembrandt painting, using Microsoft’s Azure platform for data analysis and processing.

The project, “The Next Rembrandt,” was an impressive collaboration between specialists from various fields, including creatives, data scientists, developers, engineers, and art historians, who came together to answer that granddaddy of conjectures: What if? More specifically, what if a computer could paint like an artist, and not just any ordinary artist, but a true master?

The Rembrandt project was a clever way for ING to showcase the potential of data mining, while also tapping into our collective anxiety about the future of automation (i.e., Will robots take our jobs?). And while “The Next Rembrandt” did indeed prove that a computer possessed the skills to produce a great masterpiece, it was actually the combined human effort that made this happen.

Psychologist and author Daniel Kahneman offers a useful framework for processing information in his book, “Thinking Fast and Slow.” Kahneman says our brain has two systems for making decisions; System 1 is fast, instinctive, and emotional. Its counterpart, System 2, is slower, more deliberate, and very logical. Depending on the task at hand, one mode will dominate over the other.

Marketers often underestimate the role of System 1 in consumer decision-making. Decisions may appear to be logic-driven and research-supported, but this “gut feeling” is hugely influential. As a brand, you need to give your audiences a reason to care.

Kahneman’s work reminds us to consider the audience mindset when creating content, specifically which part of the brain we should be appealing to throughout the buyer journey.

A brand that’s been able to appeal to both the emotional and rational parts of our brain is GE. The organization’s pledge to #balancetheequation and put 20,000 women in STEM jobs by 2020 captured both hearts and minds while serving a business goal: to recruit the best STEM talent and improve diversity and CSR for the brand.

GE implemented the campaign idea: What if scientists were rock stars? across multiple channels using a whole-brain strategy. The brand’s big rock video, “What If Millie Dresselhaus, Female Scientist, Was Treated Like A Celebrity?” is an example of content that appeals to System 1. A comprehensive whitepaper, which outlined the socio-economic case for gender equality, supplemented the video – and is a prime example of content that appeals to System 2.

We live in an era of marketing where social feeds confirm our biases, programmatic follows us around the internet, and our expectations grow higher by the minute from the likes of Netflix and Amazon, relentless in their pursuits to up the ante in personalized user experiences.

When it comes to creating content, we need to remember that today’s audiences have a multitude of great content options available to them. Generic, low-quality content, or content that just talks about the brand won’t impress anyone. We need to draw on our strengths and make our audience feel smarter, inspired, entertained, or moved.

Brands must create content that can stand out above the rest. This could be aspirational content like the GE example above, or it could mean using your own data – something with which no one else can compete.

Spotify’s use of first-party data is a prime example. Mining users’ history and behavior, the platform serves up musical suggestions via a variety of playlists specifically tailored to each individual. At the end of 2016 and 2017, Spotify launched tongue-in-cheek advertising campaigns that showed off its data-mining skills. And in September 2017, it released Your Time Capsule, giving users nostalgic throwbacks to their teenage years. No doubt, 2018 will see more innovative data plays from Spotify. 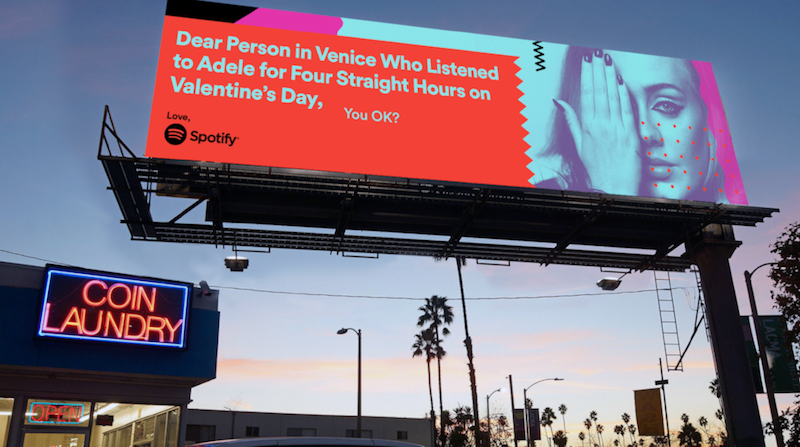 Today’s brands must walk a tightrope: Get personal, but not creepy. Be targeted, but capture market share. Be audience-focused, but sell the product. Use data, but don’t forget to be creative.

Balance is hard to achieve, but when done right, can pay off.

As the ING, GE, and Spotify examples show, embracing a holistic approach to our work can deliver exceptional outcomes in both creativity and performance, making the art versus science debate redundant.